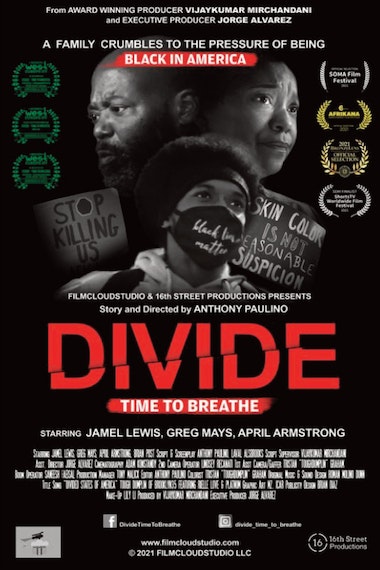 Gerald, an African American teenager who believes in taking a stance against the injustice to his people, rebels against his father Jerome, a retired police officer who does not agree with the methods implemented by the BLM supporters in 2020. Feeling suffocated and unable to breathe, Gerald lashes out against his father’s opposing beliefs resulting in the imminent divide between them. Tensions rise and Gerald’s mother, Trisha, is caught in the fallout of this modern New York City family as they crumble under the pressures of different ideologies, racial injustice, and being Black in America.