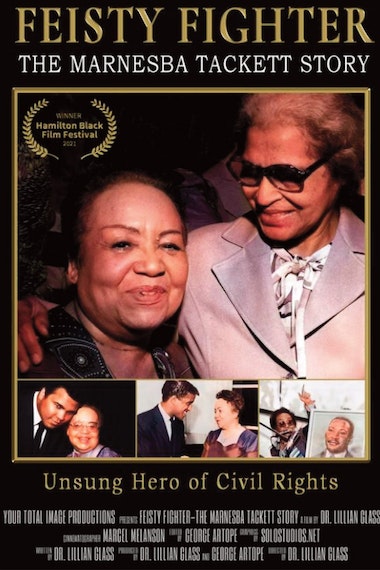 Marnesba Tackett is an unsung hero in the Civil Rights Movement and an NAACP member for over 90 years. Her challenges were not only being a light-skinned person who refused to pass as "white," but also as a woman trying to burst through barriers in a male-dominated world. Thus, she fought against both racial and gender inequality in all she did. Responsible for bringing Martin Luther King to Los Angeles to share his message "we want to be free" with 30,000 people, this close friend of Rosa Parks fought for equality in the insurance industry, for equal housing practices, and was instrumental in desegregating and integrating schools for all children. Referred to as a relentless "feisty fighter," her lifelong activism combined with her strong self-esteem in being a proud Black woman helped pave the way towards equal rights