Knight and the Princess 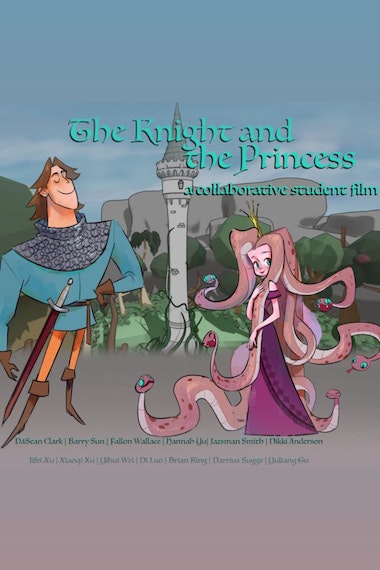 The story begins like a classic fairytale, through the opening of a storybook. The main character is introduced- a seemingly courageous and handsome knight. The scene transitions from the storybook and follows the Knight galloping into his newest adventure. The Knight travels through the land on his noble steed in search of a tower rumored to be holding a beautiful princess prisoner. After riding through a forest, the Knight comes to a clearing where the tall tower stands. To the knight’s surprise, as he approaches the tower snakes appear from behind it. The sight of a tangled mass of snakes slithering down the tower is enough to make the knight drop his brave demeanor. He gathers himself, unsheathes his sword and charges in, hacking at the vipers. He then climbs the scaly mass, killing the snakes as they lunge and hiss at him. He finally reaches the tower window and climbs in ready to embrace the princess. The princess steps forward from the shadows, revealing herself to be a gorgon and the snakes to be her hair. Terrified by this revelation, the Knight clambers back over the window. The gorgon princess watches confused and disappointed, as the Knight runs away into the forest.