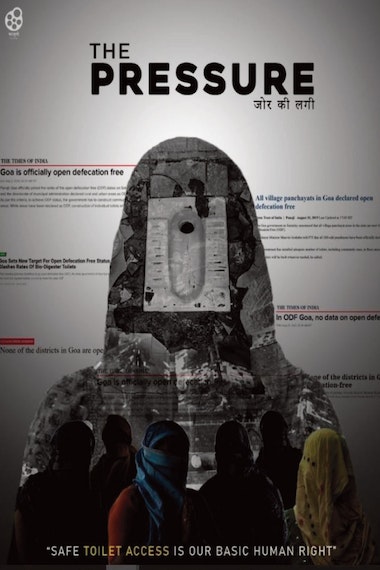 From impulsive violence and child sexual abuse to unhygienic living conditions leading to the spread of diseases and various health issues, the conditions of public toilets, timings, and the manner in which they operate, [fees charged for usage, infrastructure, etc] all play significant roles in the behavior and living conditions of the people from the slums of Goa, namely those of Baina and Birla. This documentary is an attempt to elucidate the inhumane struggles and pressures that our fellow citizens - children, women and men alike - face due to a lack of clean, free, accessible and round the clock public toilets. Can the very thought of performing the most mundane of human activities instill fear in anyone’s mind? Yes, it can, if access to a toilet, the basic requirement of the civilized world, is denied. Such people have to remain under constant fear of controlling the PRESSURE on the bowel and tussle with the hundreds of issues that follow suit. Filmmaker age: 18